Why This Danish Salmon Company’s Stock Price Could Double

The Faroe Islands are a windswept archipelago between Denmark and Iceland.  Their biggest employer is Bakkafrost, a farmed salmon producer.   Bakkafrost is registered on the Oslo Stock exchange, and is one of the more prominent salmon producers in the Nordic region.  Robert Leitz of iolite Partners submitted a long on the stock to SumZero in January.  We sat down with Robert to discuss his take on the stock and the future of salmon farming.

Prior to founding iolite, where he is the Managing Director, Robert worked at TPG and Goldman Sachs’ Special Situations Group, where he focused on European distressed debt.   He is a graduate of the University of St. Gallen, and did research for his Masters degree at Columbia under Professor Eli Noam.

Luke Schiefelbein, SumZero: What about Bakkafrost initially caught your eye as a value investor? What catalyzed your entrance into the position?

Robert Leitz, iolite Partners GmbH: A few years ago, I went on a road trip through Western Norway and the number of fish farming sites caught my attention. I read up on the industry and the more I read, the more fascinated I became with the product and the value chain behind it. 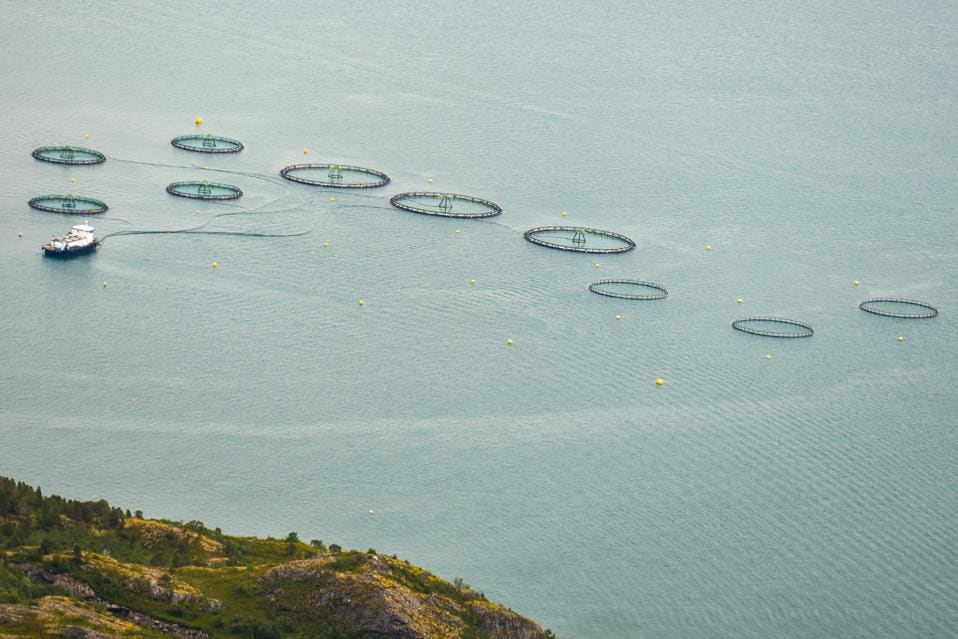 The salmon industry is benefitting from very favorable tailwinds: growing demand and structurally restricted supply. Regarding demand, protein consumption is growing due to population growth, growing disposable incomes, and zeitgeist. Fish is perceived to be healthy and has a lower environmental footprint than beef, pork and poultry. Regarding supply, wild catch is at capacity and growth only comes through aquaculture. It is very difficult and costly to increase aquaculture production of salmon given the lack of suitable locations, license restrictions, diminishing natural feedstock supplies, and biological hazards that come with mass production such as diseases and parasites.

However, despite these industry tailwinds, I found it quite difficult to find a good company to invest in. Salmon farming is still a fairly young and fragmented industry with only a few larger, publicly listed players. Among these, some have overstretched themselves by investing outside their home market, some overleveraged themselves by pursuing aggressive acquisition strategies, and others just never managed to produce healthy margins.

I consider Bakkafrost the pearl of the industry. By buying shares of the company, an investor essentially purchases a stake of the Faroe Islands, an autonomous region within the Kingdom of Denmark located roughly halfway between Scotland and Iceland. The company operates permanent licenses in geographic conditions extraordinarily suitable for salmon farming, is fully vertically integrated, boasts state-of-the-art production facilities as well as decades of technical know-how, and is run by a shareholder-friendly owner-manager, Regin Jacobsen, who turned a small fishery into a global player.

As of February 2018, Bakkafrost is trading at a P/E ratio of around 11 times. This is extraordinarily low for an unleveraged, high-quality growth company. Bakkafrost is run prudently, has shown impressive organic growth with high return on invested capital, and is likely to grow production volumes by another 30% (+6% p.a.) until 2021 given current capex projects – all while also paying a healthy cash dividend.

Schiefelbein: What is the market missing?  How has the salmon market been disrupted by the recovered capacity in Norwegian and Chilean fisheries?

Leitz: I believe the market has failed to catch up with Bakkafrost’s growth and is overestimating the impact from short-term price swings. In 2016, global salmon supply declined by about 7% as Norwegian farmers suffered from the rise of sea lice (a parasite) and Chilean farmers suffered from a toxic algae bloom. Prices have recently come down as the situation in both countries is normalizing. I have no idea where salmon prices are heading in the short term, but I do believe they are likely to recover. Future demand is likely to grow exponentially, and supply must rise to meet it.

Schiefelbein: What key metrics should investors be paying attention to as your thesis matures?  What differentiates Bakkafrost’s salmon farming from other salmon fisheries?

The total production cycle is about 3 years and smolt releases (i.e. the release of young fish from hatcheries into the open water) provide a good indication of future harvest volumes. Bakkafrost is operating permanent licenses without volume restrictions. Future growth is mostly driven by a new hatchery that allows the company to grow the smolt to a much larger size in a fully controlled environment on land, before releasing it into the open water. The shorter time in the open water increases production capacity by about 30% and also reduces biological risk.

Even if salmon prices decline by 20% to levels last seen in 2014 and 2015, Bakkafrost should do very well. As an unleveraged low-cost premium producer in a leveraged industry, it has the flexibility and capability to increase market share while other players are suffering.

Over the last few years, Bakkafrost’s management has heavily invested to streamline the value chain, improve quality control and reduce the risk of biological hazards. Some of the benefits from these undertakings will only become visible in 2018.

Bakkafrost’s investment in high-quality feed ingredients is not only to minimize the biological risk but also to provide a premium product. The natural diet of salmon is fish, and farmers used to feed fishmeal and fish oil extracted from wild catch. However, supply and price constraints led the industry to lower-quality substitutes over time, such as corn, vegetable oils, and wheat, even though keeping the feed closer to the natural diet of wild salmon provides measurable benefits: a healthier nutritional profile, a superior meat structure, and higher production efficiency due to improved animal welfare.

Bakkafrost is using a higher content of fish ingredients than its peers, and it has built its own environmental pollutant cleaning facility to improve the feedstock quality. This comes at a price. Feed cost make up about 40% of total cost for the industry versus about 60% at Bakkafrost.

Schiefelbein: How vulnerable is Bakkafrost to a shift in the Faroe Island’s regulatory regime?  Do you see regulatory change controlling fish farming in reaction to the rise of sea lice and the propagation of escaped farmed fish in the wild?

Leitz: Bakkafrost is the Faroe Islands’ largest employer and probably accounts for more than 25% of the region’s GDP. As such, the company has an extraordinary social responsibility and is subject to regulation and taxation risk.

Regarding farming licenses, the region’s current regulatory framework is quite progressive. From 2001 to 2004, the Faroe Islands were severely struck by ISA (infectious salmon anemia) virus outbreaks. As a result, new legislation and regulation was introduced in 2003, which has resulted in one of the most predictable fish production environments in the world. In short, the new framework requires all farmers to keep production volumes at sustainable levels and to cooperate when planning production cycles and volumes.

Regin Jacobsen has invested heavily into quality and process control, and he has proven to be a very thoughtful, strategic thinker who carries his many responsibilities well. It is perhaps presumptuous to think that a regulator may try to threaten his company at the risk of endangering the fate of the Faroe Islands.

Schiefelbein: Is the rise of seawater temperatures due to climate change a threat to salmon farming?

Leitz: Salmon require water temperatures to be in a certain bandwidth, ideally 8-14˚C. The seawater temperature of the Faroe Islands provides ideal conditions, hovering around 6-11˚C. I am no marine expert, but a rise of 1-2˚C probably does not matter all that much to Bakkafrost, while players in warmer regions would feel such a change more severely. Higher water temperatures also increase biological risks such as toxic algae or amoebic gill disease. The recent algae bloom in Chile was blamed on unusually high seawater temperatures, the lack of hygienic conditions in the cages, and the so-called nutrients dumped into them.

Schiefelbein: What are the biggest risks associated with your thesis? What could go the most wrong?
Leitz: Bakkafrost is an operationally geared price taker and earnings are therefore subject to the volatility of salmon prices. As discussed, harvest volumes are subject to biological risk and the government might enforce volume restrictions or license removals if it feels current production levels are not sustainable. The ongoing growth projects are subject to execution risk and may fail to realize the desired outcome and become more expensive than originally planned.

Bakkafrost is also subject to foreign exchange risk and volatility: the company’s workforce is paid in Danish krone (pegged to the euro) and is listed in Norway (with the listing currency being the Norwegian krone) while its sales are mainly based in US dollars and euros. Lastly, a profitable company is always at risk of higher taxation and labor cost inflation.

Schiefelbein: Are there any risks associated with the growing preference for wild over farmed salmon?  How much of a risk does PCB / dioxin exposure and concern over dye pose to Bakkafrost?

Leitz: Wild catch has been stagnant for more than a decade as it is at capacity. A stronger consumer differentiation between wild and farmed salmon would probably lead to higher prices for wild catch given the supply restrictions. A higher reference price point for wild salmon may actually help support prices of farmed salmon as well.

There is a risk the industry may see demand shocks through events similar to what we have seen with mad cow disease, swine fever, or e-coli outbreaks. However, those setbacks have always only been temporary, as you cannot replace a key ingredient of the human diet such as pork and poultry. Of course, individual farmers may get hurt badly in a severe demand crisis, but demand usually comes back after a couple of years.

Unfortunately, the world’s oceans are becoming increasingly polluted, and mass production requires disgusting industrial interventions to grow output levels. This has a severe impact on the quality of the food available to us. Pregnant women are told not to eat tuna due to the risk of mercury poisoning. In Vietnam, cheap aquaculture fish such as catfish are farmed in truly horrific conditions. Most meat products we purchase in supermarkets are subject to heavy use of hormones and antibiotics, exposure to feces, low-quality feed ingredients, and chemical interventions harmful to human health.

I honestly believe Bakkafrost is doing more to maintain a healthy, premium product than most of its peers. For example, current investment focused on keeping the smolt in fully controlled hatcheries for longer means the product is less exposed to pollutants and sea lice. We have already discussed the benefits of paying up for higher-quality feed ingredients.

Leitz: I run a global, highly concentrated portfolio of investments that I deem attractive based on fundamentals and on a total return basis. While I do not consider markets cheap, I am confident my portfolio currently holds an attractive mix of geographically diversified ideas in uncorrelated industries. My capital base is stable and patient, allowing me to be contrarian and to swim against the tide.

The small size of my fund gives me the liberty to fish in small ponds, where the big funds cannot go. I have observed that large funds have their own guidelines for investing in stocks, such as a threshold market capitalization and liquidity, among several other factors. As a result, large funds often miss out on attractive opportunities, such as smaller micro caps, where there are a lot of market inefficiencies. With growing assets, I will look to take full control of smaller businesses.